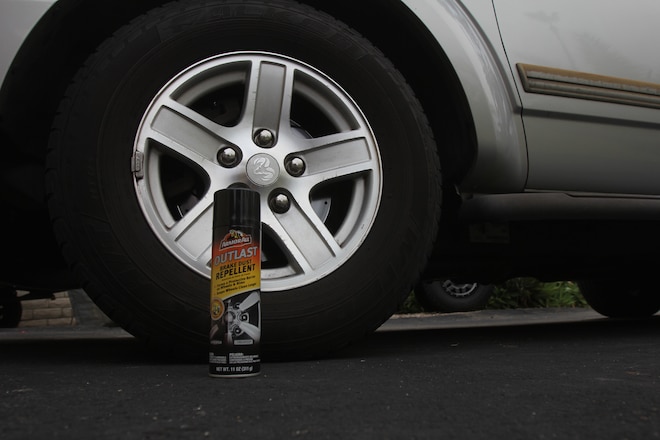 Dodge trucks are American made and offer best in class features, including "most comprehensive warranty," "best in class 25 mpg highway," "best 850 lb-ft of torque," and "highest max towing capacity of 30,000 lbs." Even though Dodge trucks were spun off into the Ram brand, Dodge Ram trucks continue to be among America's favorite trucks, forever competing with rivals Ford and Chevy. Today the Dodge Ram 1500, 2500, and 3500 are available in many different trims.

Dodge was originally founded as the Dodge Brothers Motor Vehicle Company by Horace and John Dodge in 1914. The Dodge brothers got their start in the automotive industry by making parts for Ford before starting their own company.

Dodge's first vehicle was the four-cylinder Model 30. The Model 30 featured an all steel body and a sliding gear transmission. A line of trucks soon followed. It was also around this time that the U.S. military adopted Dodge trucks and during World War I they were utilized as ambulances and staff transport. Dodge Brothers Motors got off to a strong start in the industry and by 1916 they were producing the second best-selling vehicles in the United States. However John Dodge succumbed to pneumonia in January of 1920 and Horace died later the same year, leaving the company to longtime employee Frederick Haynes as president.

Dodge did not do well under Haynes' management and was eventually acquired by Chrysler in 1928. After becoming a subsidiary for Chrysler, Dodge was ultimately molded into the division that produced tough trucks and performance-minded cars.

In 1939 Dodge released the Luxury Liner series which lasted until 1942 when war production needs forced Dodge to discontinue its production of passenger cars and its truck line was eventually absorbed by Ram.

Dodge produced many well-received vehicles in the decades following World War II including ones with the powerful Hemi V-8 engine that would go on to power so many of its heavy-duty trucks.

In 1970, like most American automakers, Dodge hit tough times. The Middle East oil crisis caused many American drivers to rethink their big Detroit gas-guzzlers. Dodge survived thanks to government bailout money. In the early 90s the company unveiled the all-new Dodge Ram pickup, which was well received and part of the Dodge's comeback. Other successful Dodge models during the 1990s included sports minded vehicles like the Daytona, the Lancer, and the V-10 powered Viper.

Dodge's parent company, Chrysler was acquired by German automaker Daimler-Benz in 1998. The new company, known as DaimlerChrysler, discontinued the Plymouth brand thus Dodge was repositioned on the U.S. market as DaimlerChrysler's low price subdivision as well as being the division that produced performance cars and trucks. From this point on all Dodge trucks were sold under the Ram brand.

Dodge was among the first truck manufacturers to introduced car-like features into its line of trucks. This trend was copied and eventually led to a shift in America's opinion about trucks. They eventually went from utility vehicles only for farmers and tradesmen to a useful vehicle that families could take advantage of.

New trucks also offer luxury features such as heated seats, refined interior, and a rotary shifter that easily transitions from Park to Reverse to Drive.

Dodge Ram is proudest of its technology underneath the hood. An available 5.7-liter, Hemi V-8 and eight speed transmission offers superior acceleration in low gears and improved fuel efficiency. The even more powerful 6.7-liter Cummins Turbo Diesel cranks out 350 hp and best in class 800 lb-ft of torque with the six-speed automatic transmission.

Dodge has offered multiple light-duty truck models since 1914. At first they were built on car chassis, but eventually they transitioned to truck chassis and a full range of light to heavy-duty models were offered by the 1940s.

After successfully producing a four-wheel drive vehicle for the military during World War II, Dodge introduced a civilian version of this vehicle called the Power Wagon. Dodge continued to produce a wide range of trucks through the 1970s, but difficult economic times forced them to scale back and drop the medium and heavy-duty models. Dodge Ram has only recently moved back into this market.