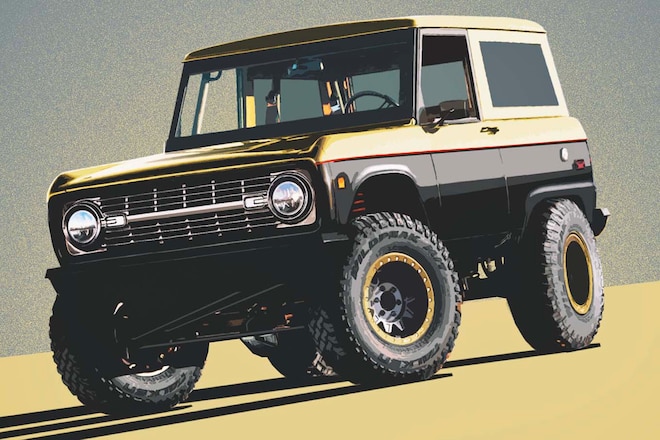 In 1903, Henry Ford created the Ford Motor Company. Little did he know that Ford would continue to be a force in auto manufacturing even to this day. The Ford truck, also known as the Ford F-Series, continues to top the lists as the best-selling truck in America. The F-Series lineup includes the F150, F250, F350, and the massive F450.

Ford has a history unlike any other as a pioneer in automobile manufacturing. Ford's origins go all the way back to the beginning of the 1900s when an engineer named Henry Ford achieved what no one else had been able to do yet – create a sustainable way to produce reasonably priced, reliable modes of personal transportation. By 1918, half of all cars in the United States were Ford's Model Ts. Thanks to Henry Ford's revolutionary invention, the continuously moving assembly line, Ford was able to produce higher quality vehicles at a lower price than any other automobile manufacturer. Ford would continue to be the nation's largest and most successful auto manufacturer for years to come.

In the 1940s, Ford transformed their assembly plants to aid in the war effort. The plants produced armored trucks and cars, tanks, half-tracked armored personal carries, and other military vehicles. After the war Ford, along with the rest of the country, enjoyed post-war prosperity and in 1948 the famous F-Series truck was released.

Over the years Ford has experienced its share of ups and downs. While the company has seen stiff competition from foreign auto manufacturers such as Honda and Toyota when it comes to minivans and sedans, Ford continues to remain strong in the U.S. truck market, competing mostly against other American-made truck brands such as Chevrolet and GMC.

The Ford F-Series lineup has produced some of the most notable trucks on the market and is the standard by which many other auto manufacturers are measured. The legacy of the Ford truck all started in 1925 with the release of the Ford Model-T. After World War II Ford introduced America to the Ford F-Series, a line of trucks that rapidly became one of the best-selling trucks in the country. The F-Series is known for reliability, rugged good looks, and heavy-duty power.

Ford revolutionized personal travel with the invention of not only the Model T, but also the assembly line. Since then, Ford has continued to be an innovator when it comes to automobile technology. From safety to comfort, Ford is a leader in new car and truck features.

Throughout the years Ford set the standard for truck engines and body design. In 1959, Ford offers drivers the very first factory-built four-wheel drive trucks in the form of the F-250. In 1963 Ford introduces the unibody truck which integrates the cab and the truck bed. Within a few years Ford also created a new chassis with Twin I-Beam front suspension.

Ford is leading the pack when it comes to fuel efficiency and the commitment to alternative fuels. In the early 80s Ford trucks moved toward improved fuel efficiency with new and improved engines such as the 6.9-liter V-8. Not only was Ford the first to introduce a hybrid SUV, the company has also released five electric vehicles including the Ford C-MAX plug-in hybrid. It has also improved the traditional engine to achieve greater fuel efficiency with the help of Eco Boost technology. In fact the 2012 Ford Fusion with Eco Boost is regarded as the most fuel-efficient midsize sedan in America.

Comfort and usability is also a strong area for Ford technology. MySync, available in newer Ford models, is a voice-activated system that allows for hands-free calling, Bluetooth, climate control, and navigation.

Ford is also working on new safety features such as the inflatable seatbelt for rear passengers. Upon impact the seatbelt would inflate covering five times more area on the body and significantly improving protection and reducing head movement.

The third vehicle created by the Ford Motor Company was the Model T which sold for the first time in 1925. This was Ford's first pickup truck with a cargo box, tailgate, and heavy-duty rear springs. In 1932 a brand new engine is released; a 65-horsepower, flathead V-8.

1948 brought the beginning of the famous Ford F-Series, representing Ford's post-World War II lineup of trucks. The series of trucks ranged from the half-ton F-1 to the three-ton F-8. In 1953, marking Ford's 50th Anniversary, more changes were released this year than in any year prior. Changes included a larger, curved windshield, new instrument panel, redesigned wheelbase for better turning, shorter fenders, and a sloped hood. Ford also changed the F-Series' numbering system from single digits to hundreds: F100, F250, etc.

Today the F-Series continues to be one of the best-selling truck lineups in the United States.