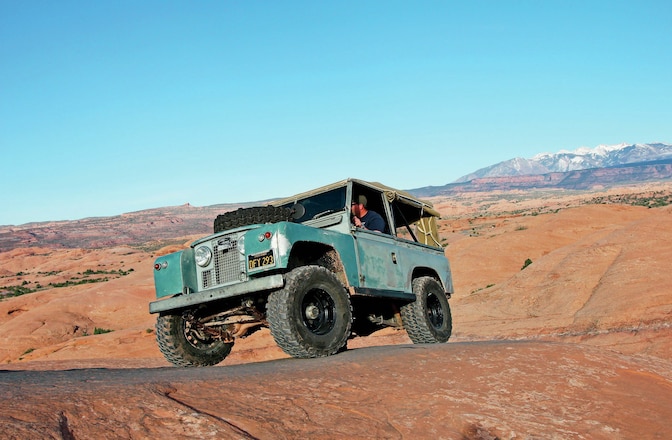 Once upon a time in the mid-20th century, Rover owners were outdoorsmen, explorers, and... » Read More

We love a good deal and aren’t afraid of hard work, so when a 2001 Land Rover Discovery II was... » Read More

The 2000 Land Rover Discovery Series II is definitely a ride fit for kings. With an extremely... » Read More

The Land Rovers are instantly recognizable vehicles that were inspired by the Willys Jeep built in the U.S. for use by the military during the World War II.

When the Rover Company first began planning and developing their off-road vehicle, they had originally planned to only manufacture Land Rovers for a few years after the end of the war. The goal was to gain enough cash flow, so that car manufacturing could begin again. Even when car production was re-started, the sales of the Land Rover Series' outsold those of the cars, which resulted in the development of the Land Rover brand.

From 1948 until 1985, Land Rover, the British vehicle manufacturer, produced three different series' of off-road vehicles referred to as series Land Rovers. According to the manufacturer, these instantly recognizable vehicles were inspired by the Willys Jeep built in the U.S. for use by the military during the World War II. After the end of the war, the Rover car manufacturing company had its designers begin work on their version of the Willys Jeep, spawning the introduction of the first Land Rover.

When the Land Rover Series 2 began production, there was some overlap with the previous Series 1 models. Approximately the first 1500 of the short wheelbase versions had the same engine as found in the Series 1 models, which was a 2.0-liter engine that ran on gasoline and produced 52 horsepower and 101 lb-ft of torque at 1500 rpm. A 2.0-liter, four-cylinder diesel engine, as found in the Series 1 models, was also available for the Land Rover Series 2 models. The diesel had a similar power output as the gasoline-powered engine, but produced only 87 lb-ft of torque at 2000 rpm.

A new engine was also introduced with the Land Rover Series 2, and became the engine of choice until the mid 1980s when diesel engines began to increase in popularity. The new engine found in the Land Rover Series 2 was a 2.25-liter, four-cylinder engine powered by gasoline. The larger engine had a higher power output of 72 horsepower. All models, no matter what engine was found under the hood, had a four-speed manual transmission.

With the introduction of the long wheelbase Land Rover Series 2 station wagon model, the maximum seating capacity of the off-road vehicle increased from 10 to 12 passengers. Due to the increase to 12, the Land Rover Series 2 station wagon could be classified as a bus. As a result, this model benefited from tax exemptions, which actually made it cheaper than both the 10-passenger long wheelbase model and the seven-passenger short wheelbase model.