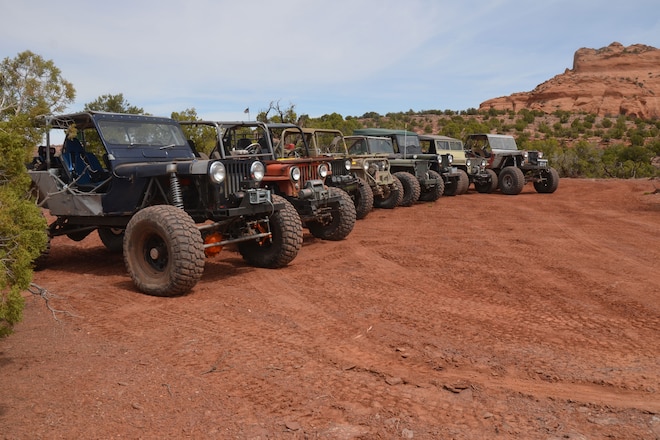 Willys flatfender or flattie. It’s a name every off-road enthusiast knows. Even if you’re an off-roader who, for some reason, doesn’t like Jeeps, you have to admit that flatties are cool. That’s because these early civilian Jeeps and surplus military Jeeps were the first available 4x4s for people to play with in the dirt, allowing some of the first off-road events during the infancy of the hobby. All the other later brands of 4x4s are undeniably influenced by flatfenders, meaning the first Jeeps molded the construction of just about every other 4x4s built since. Your haters need to know that your early Toyota Landcruiser is a very good copy of flattie. The first Land Rover was a surplus military Jeep, and Ford built flatties during WWII. Shall we keep going?

A couple years back, Four Wheeler Editor Christian Hazel and Four Wheeler Network Technical Editor Verne Simons were both participants in what may have been the first unofficial Moab EJS Flatfender-only run. At the time, the plan was to do a full write-up on the run with details on all of the rigs in the magazine, but as time passed and things didn’t happen, we decided it may just be better to just show you all the photos we have from the run. Enjoy the views as eight flatfendered Jeeps run a red rock Moab trail known as Flattie Iron Mesa -- at least for one day.