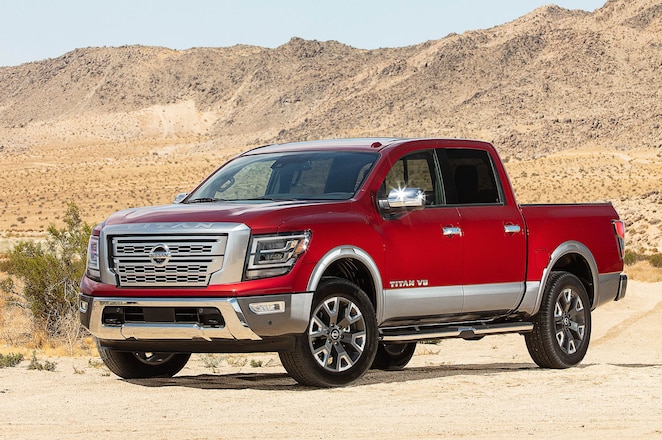 Episode 50 of The Truck Show Podcast: First-Gen Ram With A Surprise

This episode: Jonny Lieberman, the 2019 Ram HD and Power Wagon, and a response from Emme Hall.... » Read More

Episode 62 of The Truck Show Podcast: World’s Most Expensive Bronco

Episode 63 of The Truck Show Podcast: Cummins Turns One Hundred

On deck for this episode, we have Steve Sanders from Cummins Repower, a couple guys from ICON... » Read More

Listeners come out of the woodwork to tell Lightning he’s no less of a truck enthusiast with a... » Read More

Catch up on all the happenings from the 2019 Easter Jeep Safari in Moab, Utah!... » Read More

Episode 61 of The Truck Show Podcast: Exclusive! The Truck No One Saw Coming!

Thanks to an unnamed outlet breaking an embargo, we decided to open up and share what we know.... » Read More

Episode 60 of The Truck Show Podcast: Upcoming Ram TRX in the Wild

In this episode, we have CMO of Wheel Pros Scott Cobett, Jesse McGinness from Watch This... » Read More

Episode 59 of The Truck Show Podcast: The Case For Portal Axles

Plus a Former NFL Star Sells it All for Freedom, Truck News From NTEA, and The Truck Show is One... » Read More

We have interviews with some of the key people behind the new Jeep truck.... » Read More

Featuring Reno Heon from AccuAir, news from the Chicago Auto Show, and a final update for the... » Read More

Episode 52 of The Truck Show Podcast: First Gladiator Gets Gutted

Episode 51 of The Truck Show Podcast: King of the Hammers

In this episode, we have Dave Cole from King of the Hammers and KJ Jones from Diesel Power.... » Read More

Episode 49 of The Truck Show Podcast: Leaf Spring Are Awesome

The guys take a closer look at the world of family-owned businesses and parts and products made... » Read More

It's the official Liftisode!... » Read More

The Nissan Titan has a remarkably smooth and responsive powertrain, making this large full-size pickup truck handle and feel like a much smaller vehicle. Introduced to the market in 2004, the Titan quickly rose to fame, boasting a spacious interior, impressive towing capacity, high-tech interior features, and, of course, the aggressive styling that makes this pickup so unique. This combination of smooth handling, distinctive styling, and innovative features sets the Titan apart from the rest of the competition in the full-size pickup class.

The Nissan Titan is a full-size pickup truck that began production in 2003, with the first model released for the 2004 model year in the United States. The Titan was designed by the Japanese manufacturer as a vehicle to be released solely for the North American market. While the Nissan Titan is big enough to compete with the best-selling trucks from the "Big 3" American manufacturers, Nissan actually developed the Titan as an alternative to these pickup trucks – not as a direct competitor.

One of the main differences between the Nissan Titan pickup truck and those produced by domestic manufacturers is the unique design of the truck. Instead of creating a pickup targeted toward work use, Nissan produced a design that would appeal to more personal and recreational use. Based on the same chassis as the Nissan Armada and the Infiniti QX56 SUVs, the style of the Titan is masculine, without appearing overly rugged. Flared fenders and the large chrome grille give the Nissan Titan a more urban appearance than some of its competitors.

The Nissan Titan remains in production to this day, as the same model that was first introduced in 2004. Over the years, it has undergone some minor modifications and updates, but a new model has yet to be released. Currently, it is available with either a King Cab or a Crew Cab configuration, and varying bed lengths depending on which cab configuration is chosen.

Very little has changed in the Nissan Titan since its release in 2004, but that doesn't mean that it lags behind the competition. When it was first released, the Titan outclassed the other trucks in its category in terms of design, comfort, and features. Since its launch, it has been equipped with a 5.6-liter, V-8 engine paired with a five-speed automatic transmission, available in both rear-wheel and four-wheel drive versions. In 2007, the engine was modified so that power output was increased to 317 horsepower and 385 lb-ft of torque, and improvement from the 305 horsepower and 379 lb-ft of torque seen in initial models. Even before the engine tweak, the Nissan Titan was one of the fastest and most powerful trucks on the market. The powertrain comes with a unique sound that, when coupled with inevitable road noise, may not suit some drivers.

Currently, there are two wheelbase options for the Nissan Titan, as well as two cab configurations and bed length variations for each. The long wheelbase version of the Nissan Titan is twenty inches longer than the short wheelbase model, which has a length of 139 inches. The King Cab, or the extended cab, comes with either a 6.5-foot bed or an 8.0-foot bed. The Crew Cab, or regular cab configuration, can be selected with a 5.5-foot bed or a 7.0-foot bed.

Both cab configurations are equipped with four doors. The Crew Cab has four doors that open in the traditional manner, while the King Cab has rear-hinged doors. These doors open wider than traditional doors, to allow for easier entry and exit for passengers, or to facilitate loading and unloading of cargo. The rear passenger area of the Crew Cab is larger than that of the King Cab, providing more leg room for rear passengers and a more comfortable seating space.

There are four different trim levels for the Nissan Titan: the base S model, the SV, the PRO-4X, and the SL. The Nissan Titan PRO-4X has an off-road focus, while the SL model targets the luxury market. The PRO-4X not only has additional equipment to take the pickup off-road, but it is also differentiated from the other trim lines through both interior and exterior styling cues.

When the Nissan Titan was first launched in 2004, only one wheelbase length was available. King Cab and Crew Cab configurations could be included with the earlier models, but the variable bed length did not become an option until the extended wheelbase was introduced for the 2008 model year. The earlier models of the Nissan Titan also had a lower maximum payload than models currently being sold on the market. As well as adding the extended wheelbase option for the 2008 models, the interior and exterior underwent a design refresh that added even more attractive features to the body and cabin area.