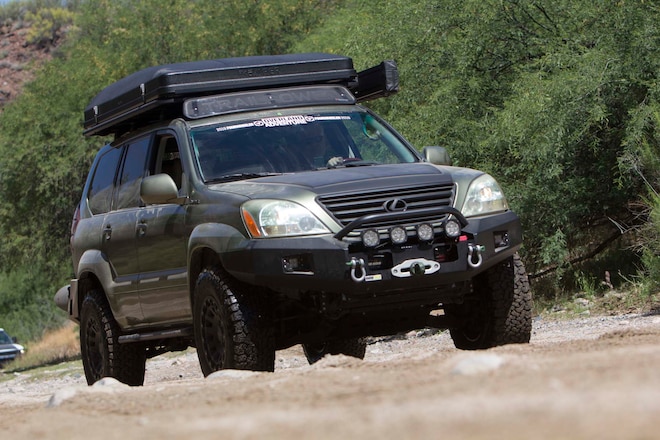 Before you scoff or smirk, hear Scott Lewis out. He's the owner of this Desert Sage Metallic '08 Lexus GX 470, and he's got a pretty convincing argument for why you should consider one for yourself (and it's an argument that'll probably now drive up the price of used ones).

We met Scott and his wife, Krista, on the 2019 Four Wheeler Overland Adventure, which meant he would be bringing a rig built for getting to remote locations, driving on various terrain, and being in an unknown place called home for extended periods of time. But it wouldn't be his daily driver, a '14 Ford Raptor. That one is very low mileage and has held its value, so he wasn't about to start tweaking it.

Rather, it'd be his other vehicle, a Lexus. He'd been looking for a project vehicle for a few years and had randomly come across a YouTube video highlighting the GX 470's capabilities and reliability. Four Wheeler readers already know that's not new news—it won our Four Wheeler of the Year award in 2003 and 2004, and our Project TraiLex was modified for wheeling on hard-core trails, including the Rubicon. Scott's ongoing research deep dive led him to conclude that the GX 470 was a "complete sleeper and a total bargain," and since an overlanding vehicle needs to run forever, be easy to find parts for, and not leave you stranded, next thing he knew, he was buying a one-owner model that he purchased remotely after a dealership's lot manager walked him around it for a look-see via FaceTime. The sad fact is that most owners of a GX 470 never take it off the pavement, but that was a happy fact here, as it meant Scott was getting a near-perfect vehicle. A near-perfect luxury vehicle to boot.

Under the hood is the stock 4.7L V-8. Other power sources abound in the Lexus, including a Redarc battery charger, batteries from Interstate and Northstar, and Blue Sea disconnect for bridging batteries and self-jumpstarts. There's also a Chassis Unlimited Group 34 battery tray for the starting battery and Suitech switch panel and relay block. An ARB twin compressor is mounted on a Rago Engineering compressor mount.

Scott's a product designer by trade, so he treated the build like he would any new product. He first established "usage scenarios," like high-speed washboard roads; rocky mountain trails; and multi-week, off-grid camping trips. Those got him thinking about "high-level product requirements," such as range, capabilities, reliability, and performance. Next, it was "systems and subsystems." For example, the "capability systems" he would build into the Lexus included the suspension, recovery, lighting, shelter, power, water/food, fuel, storage, and armor, and the "subsystem" of, say, power was that of batteries, relays, solar panels, and custom cabling to tie it all together. Quite an elegant reinvention of the traditional build "checklist."

He then did all the work himself, save for the vinyl wrap on the hood. It took about nine months, and everything was done in his garage. "I worked several months through a very cold, very long winter. I measure that winter in how many propane tanks I went through trying to keep the garage above 35 degrees."

The only part of the Lexus that didn't have systems or subsystems in place was the factory engine. "The engine is bulletproof. No reason to mess with it. A few people are adding superchargers, but I'm not looking to set speed records with a rooftop tent," said Scott. Why spend the money, he figured.

The front bumper is a Metal Tech unit, replete with four driving lights above the bumper and two integrated floodlights. That's a Smittybilt X20 10,000-pound winch. You can also spy the hood's blackout vinyl by Signarama.
The Metal Tech rear bumper has two backup floodlights, and that's a Metal Tech hitch. Those jerrycans are from Scepter. Due to the extra weight added to the vehicle and the addition of a rooftop tent, the Lexus went from 16 mpg to around 13 mpg fed by the 23-gallon factory tank, so a 33-gallon auxiliary tank may be in the SUV's future.

He also realized that while many people swap gears on their GX once they add larger tires, he didn't need to with 33s. He also didn't bother with any lockers. "The Toyota ATRAC traction control does a great job, and I haven't yet found myself in a position where I wished I had lockers. Would I take them if somebody gave them to me? Sure! But it's expensive and not currently a priority for us."

Beyond the whole "a Lexus?" and "you lifted a Lexus?" thing, the hood-mounted solar panels are the other constant conversation piece. "It's funny that the solar panels seem 'oddball.' I expect that in 5 years, over 80 percent of serious overlanders will have solar panels mounted on their rigs. The driving force behind the adoption of solar is fridges. Once you make the move from a cooler to a fridge, you need to look at installing a solar solution."

The famous solar panels. Scott added them because although alternators work great, when the engine is off, the batteries get sucked dry powering items like the fridge, phone chargers, and anything making the tent comfortable for living. The prototype vehicle-specific Trailpower solar panel on his Lexus is sending more than 10 amps of charge to the battery from sun power. When camping, Scott also uses portable solar panels fitted with a long cable to charge the batteries.

When you hear Scott summarize his Lexus—"our ultimate daily driven, adventure-seeking, four-wheeling, overlanding, shelter-providing, solar-powered, off-grid, bug-out vehicle with a little bit of luxury to keep us smiling"—it's hard not to seriously consider tapping on the FaceTime app and connecting with a pre-owned car dealer.

RCI Off Road gave full-coverage treatment: there are 1/4-inch steel skidplates for the engine, transmission, transfer case, fuel tank, rear diff, front lower control arms, and rear lower links. Scott also added Metal Tech rock sliders and the company's Body Mount Chop Kit to make room for the 33s.
If you get inspired to build a GX 470 like Scott's, he suggests you change the suspension first. "Replace the airbags with coil springs, front upper control arms, and new shocks for reliability on the trail and to add 2-3 inches of lift. Second, get a good set of 32s or larger tires, such as 285/70R17s. Next, consider trimming off the bottom half of your factory bumpers—or replacing them—for increased approach and departure angles." Ditch the running boards, too. When it came time to put together the suspension, Scott says, "I love systems that are designed to work together because it's easy and there's usually no ugly surprises. But I'm not afraid to build a best-of-breed system. For example, we used some of ICON's standout parts like their upper control arms and rear coils, but opted for Fox 2.5 DSC shocks due to my positive experience with them on my Raptor."
At the rear, Scott removed the factory airbag suspension and converted over to ICON Vehicle Dynamics coils, Metal Tech upper and lower control arms, and Fox 2.5 DSC shocks.
Scott went with BFGoodrich KO2 285/70R17 rubber mated to 17x8 Black Rhino Razorback wheels.
The suspension was a challenge, but so was designing and building the rear storage system from scratch. "We fit a ton into a small space with very tight clearance." There are 450-pound draw slides, and the setup can store 15 gallons of fresh water. There's also a slew of gear, supplies, spares, and tools. How cool is the DFG Fridge Slide that tilts?
The interior came fully loaded from the factory, but Scott replaced and added as needed, like taking out the DVD changer in favor of a GROM unit, thereby turning the vehicle's nav screen into a high-res tablet with Android apps, which they use for Gaia mapping and Torque Pro for OBD-II monitoring via Bluetooth. "We also utilize Apple CarPlay for navigation and hands-free calling, Pandora and Spotify for music, and Netflix, Amazon, and YouTube for streaming video, utilizing Verizon LTE—all pumping high-quality audio through the factory Mark Levinson system. The amazing thing is, it doesn't interfere with any of the other factory touchscreen functions such as climate control. It's a game-changer on long trips."
"We love our 270-degree Rhino Batwing awning, which deploys in under 2 minutes, and our iKamper tent that also deploys just as quickly. It allows us to set up base camp in under 10 minutes and pack up just as quickly when it's time to roll." An iKamper enclosed room attaches to the tent. The tent, by the way, is affixed to a Rhino-Rack Pioneer platform. Other survival-ware includes a Green Elephant shower/toilet pop-up tent, Camp Chef dual-burner propane stove, a Lifetime camp table, and Front Runner camp chairs. Katadyn handles water filtration. And speaking of water, the rig includes a Synergy Manufacturing heat exchanger and pump, so Scott and Krista can enjoy hot water. 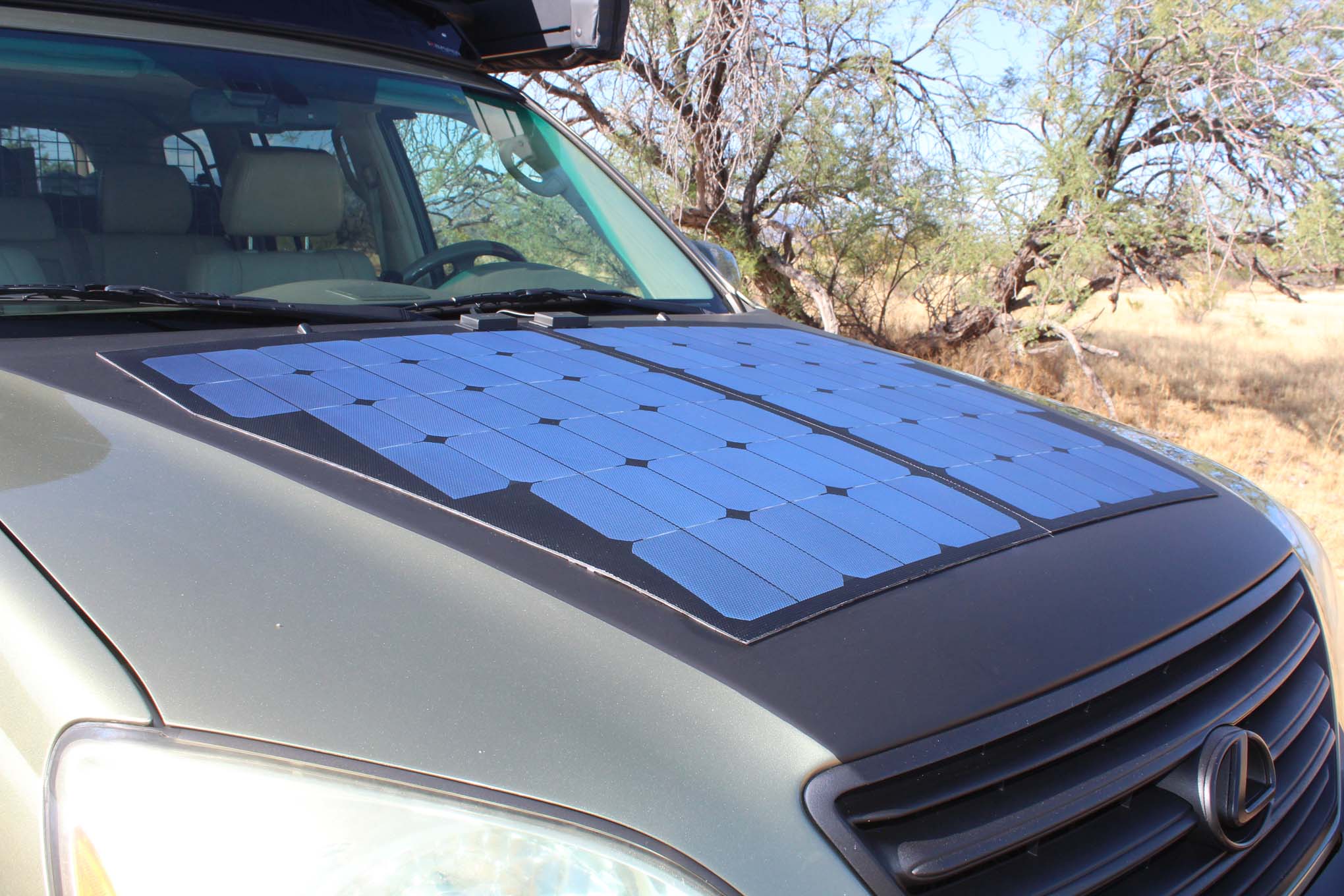 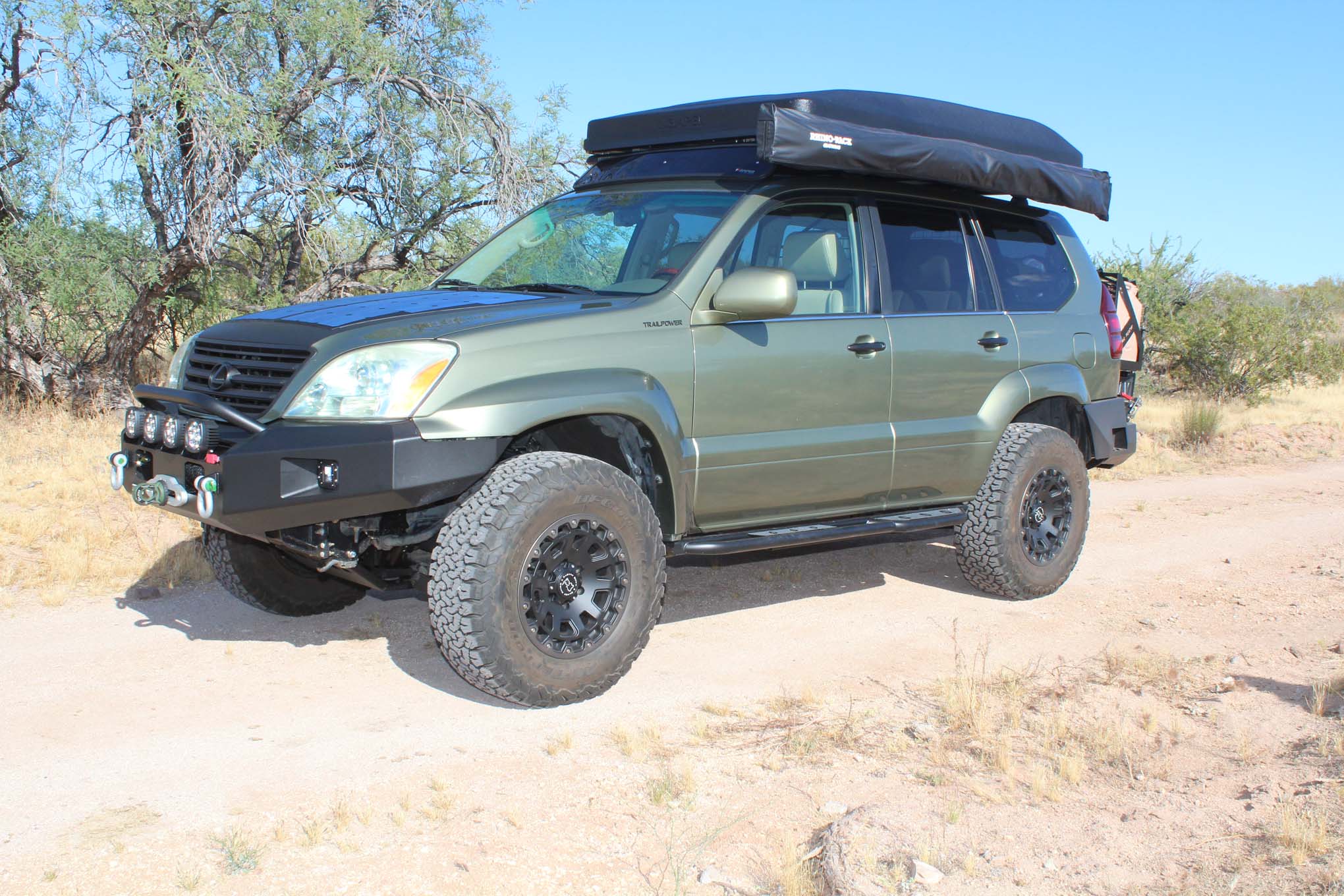 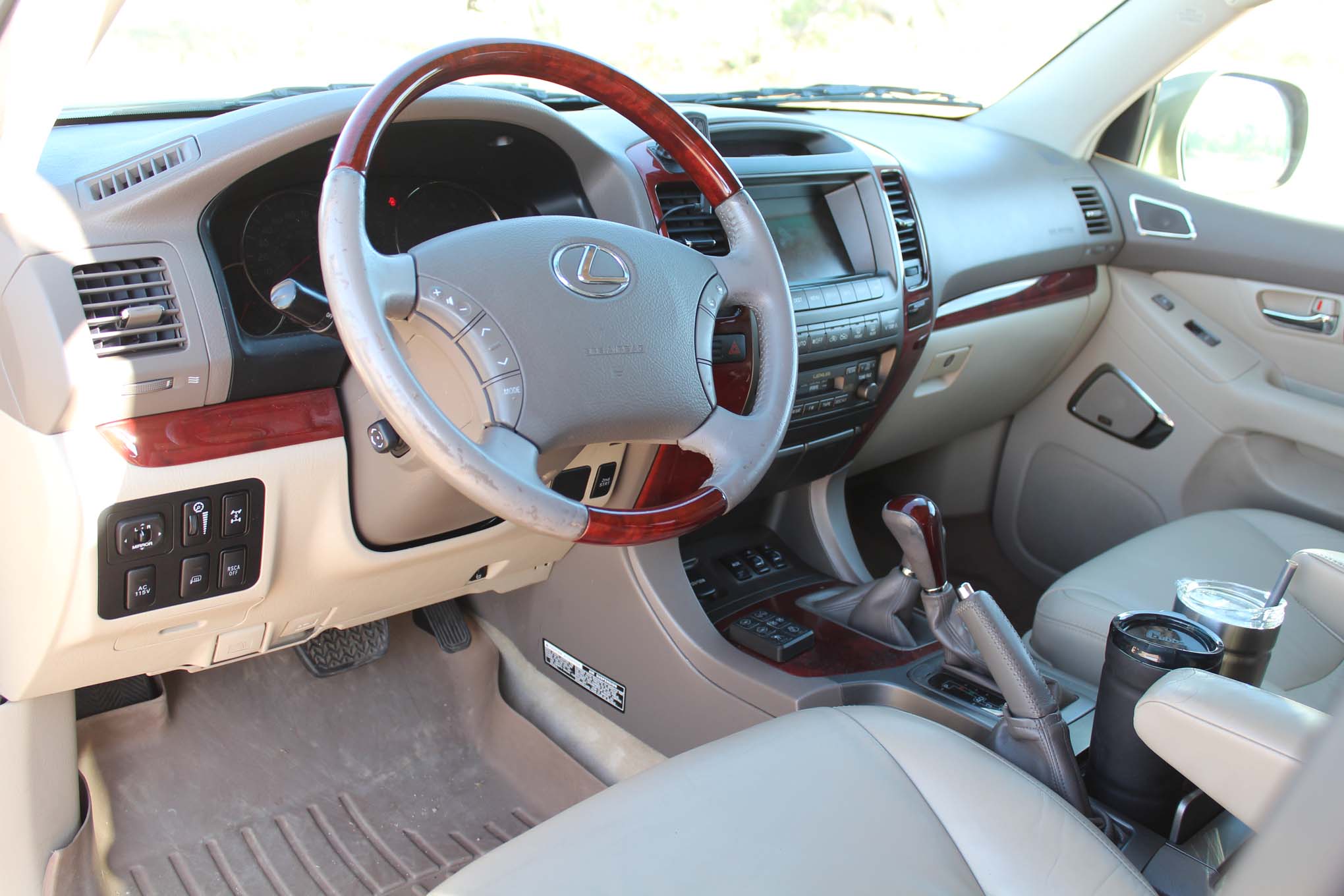 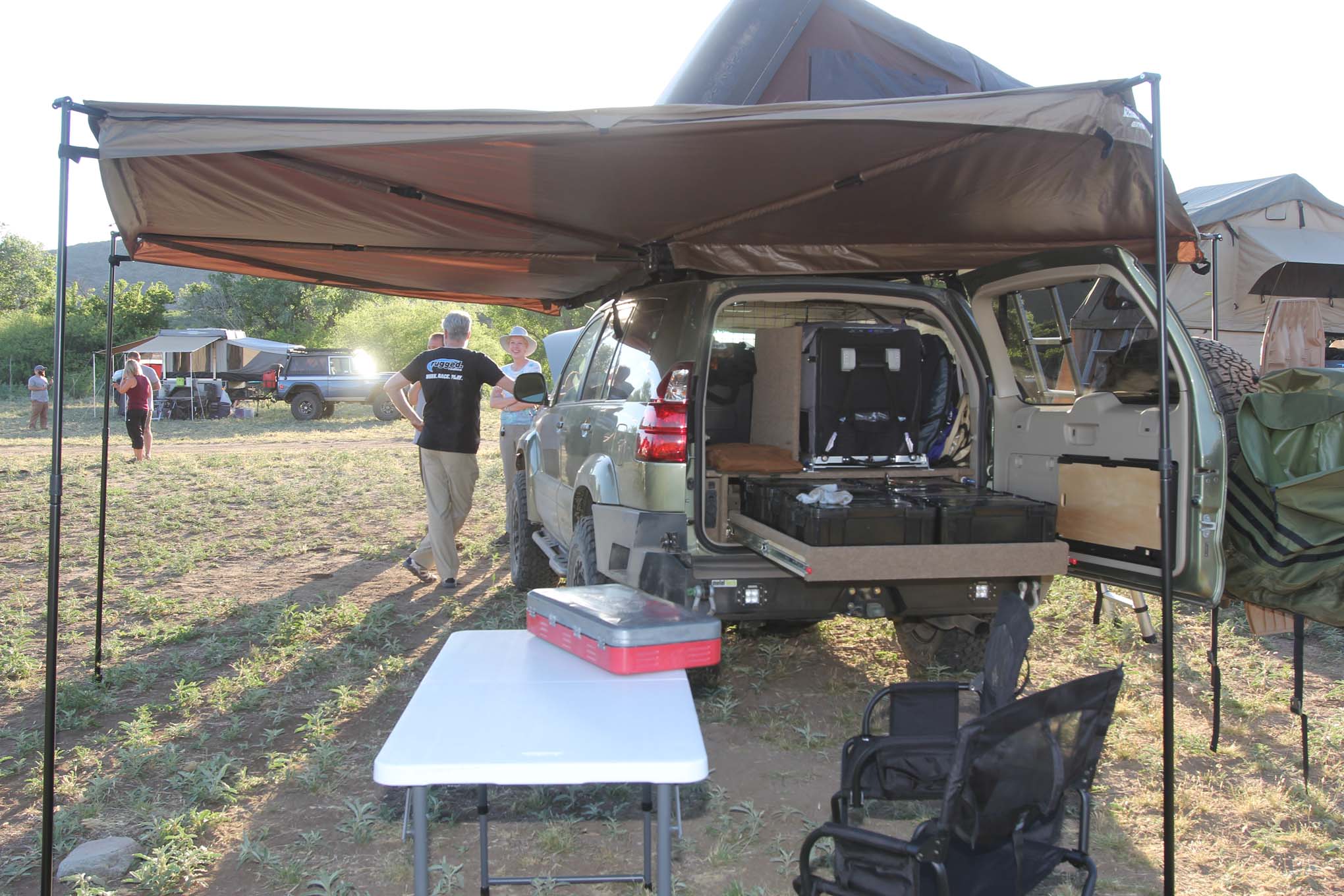 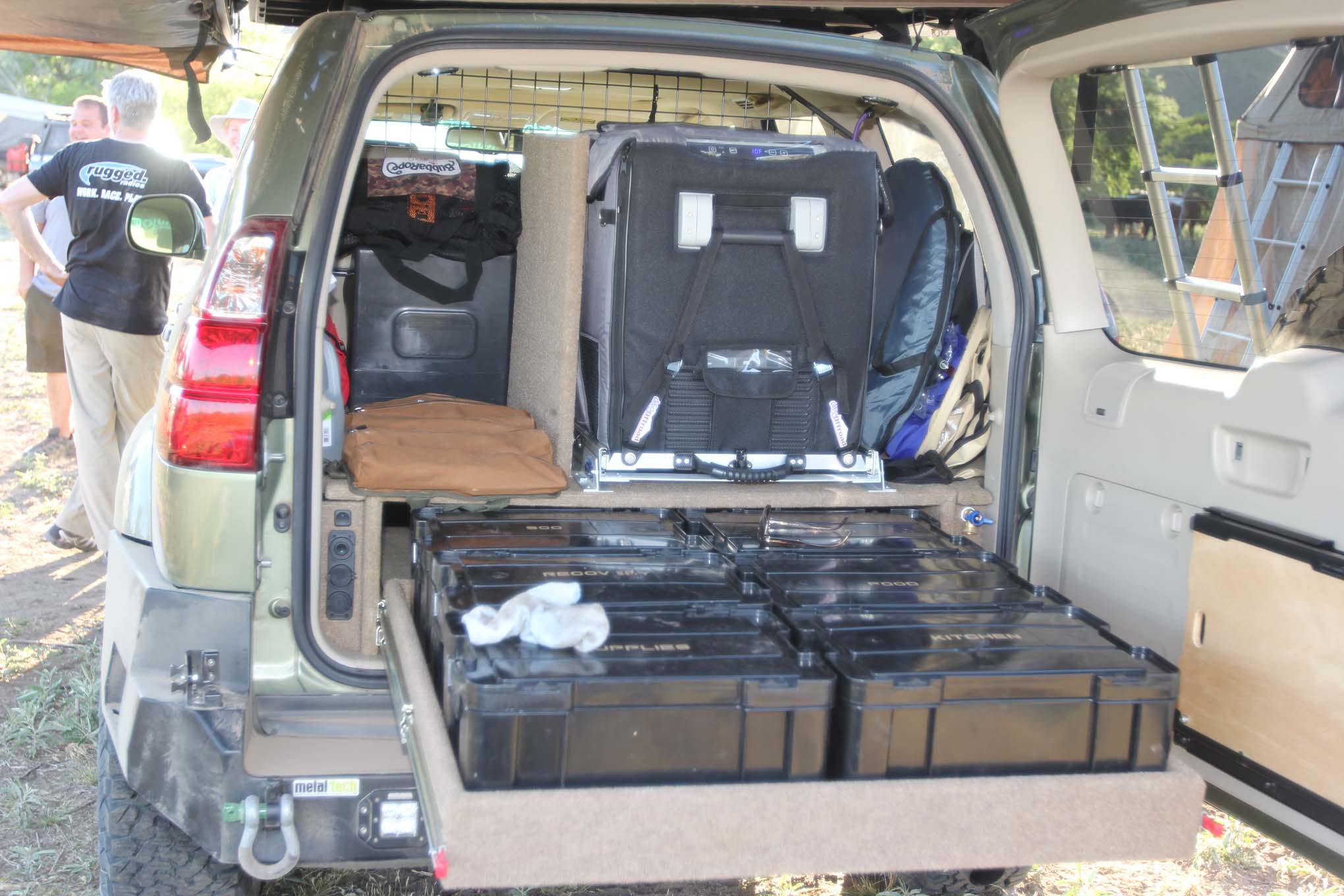 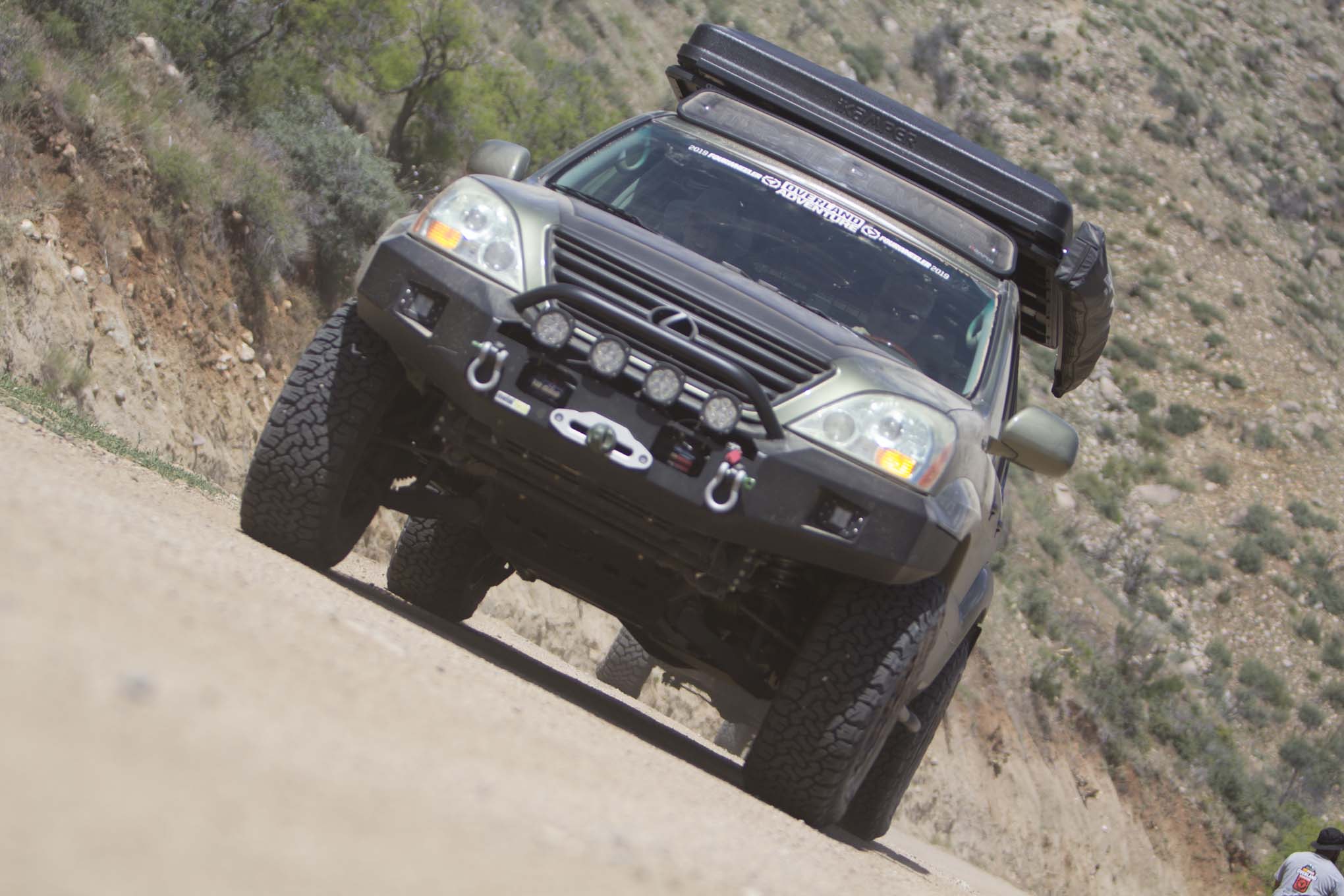 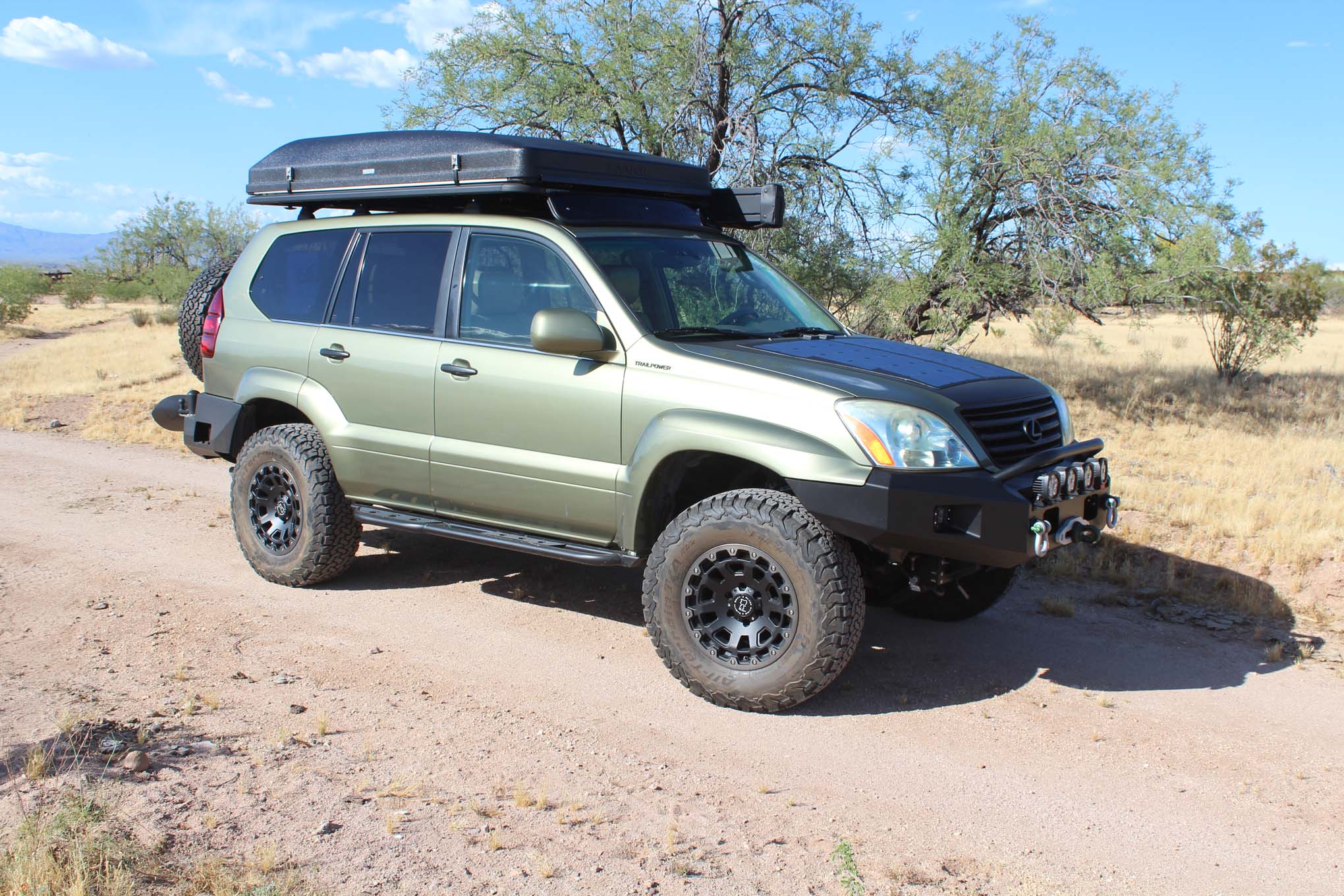 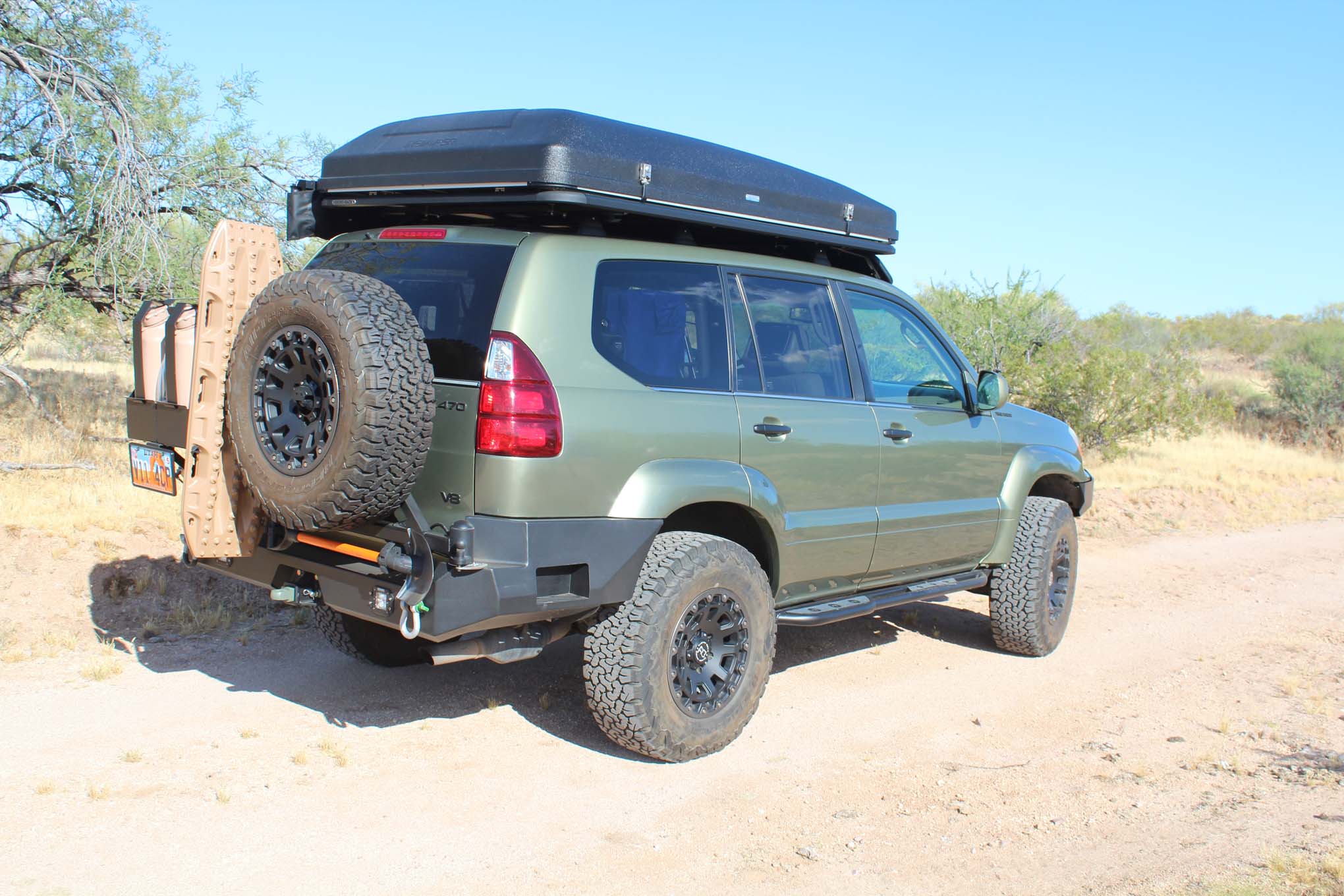 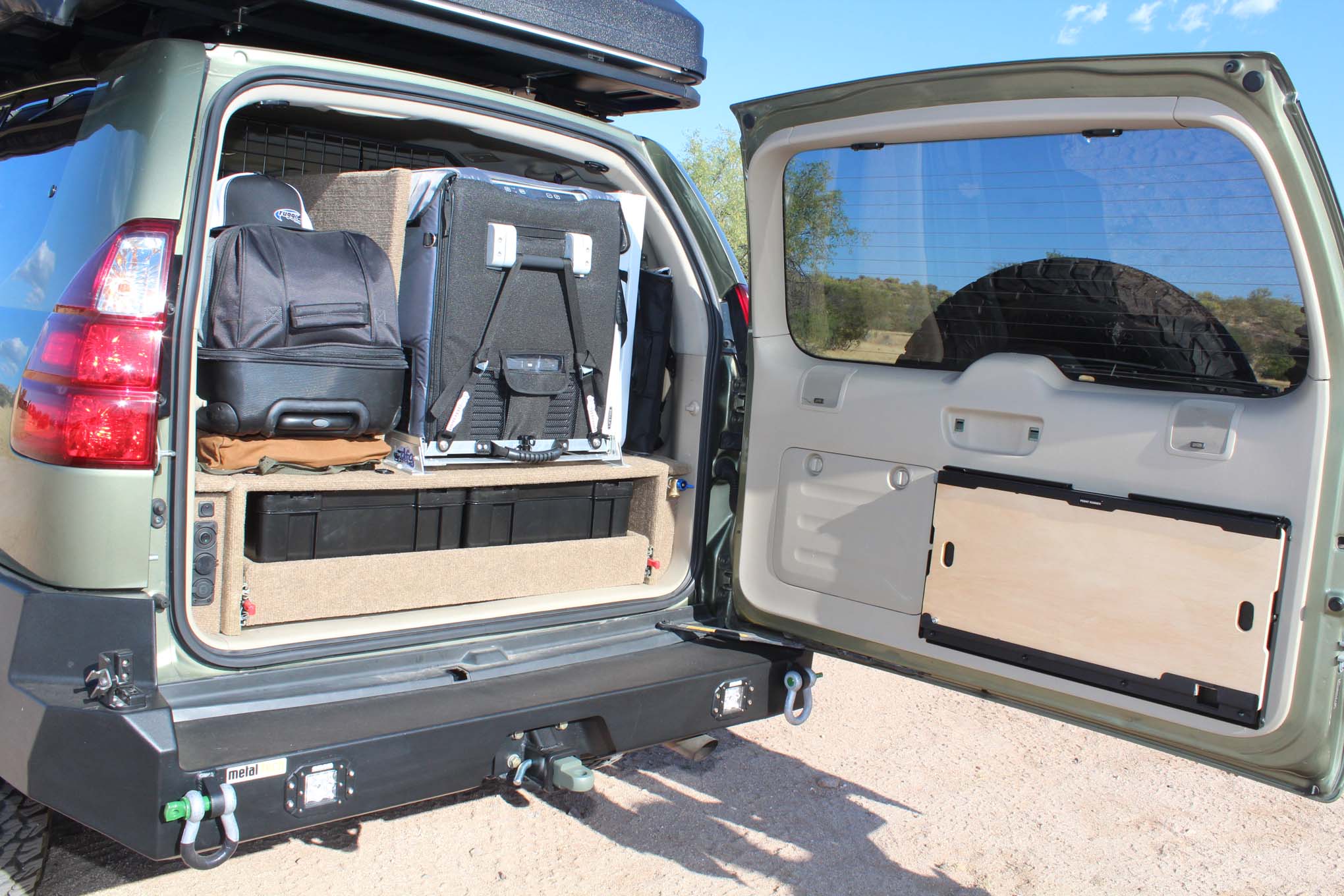 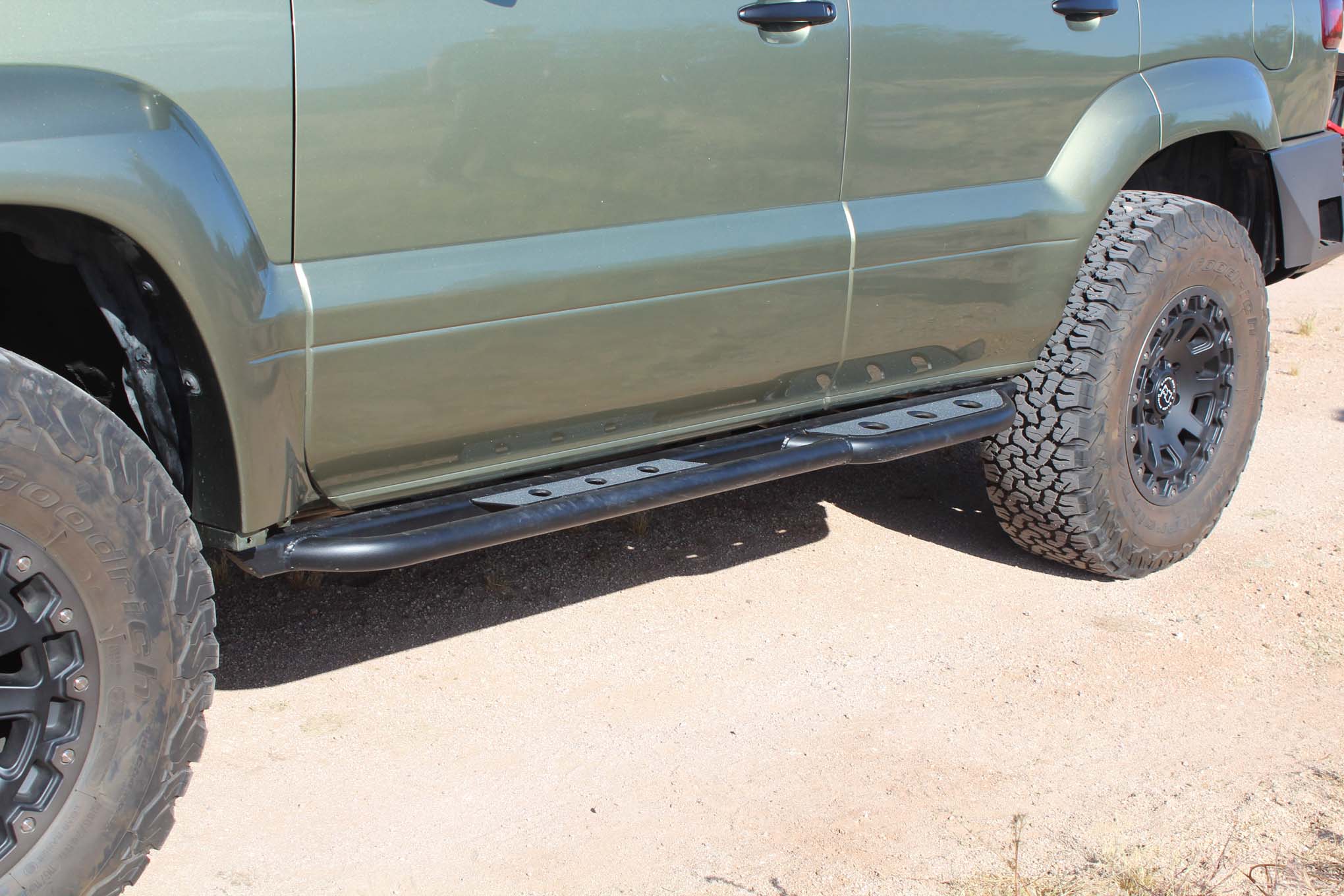 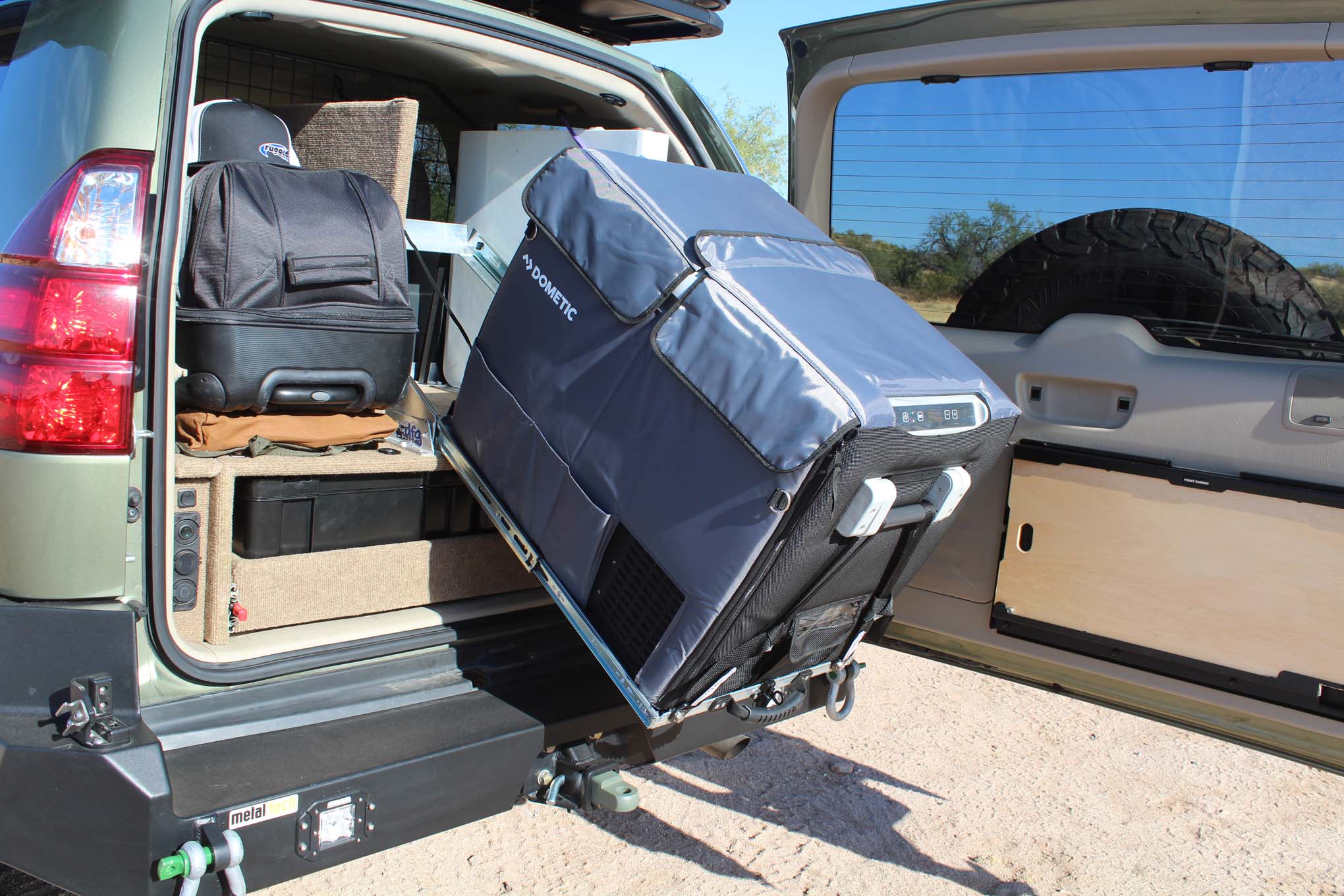 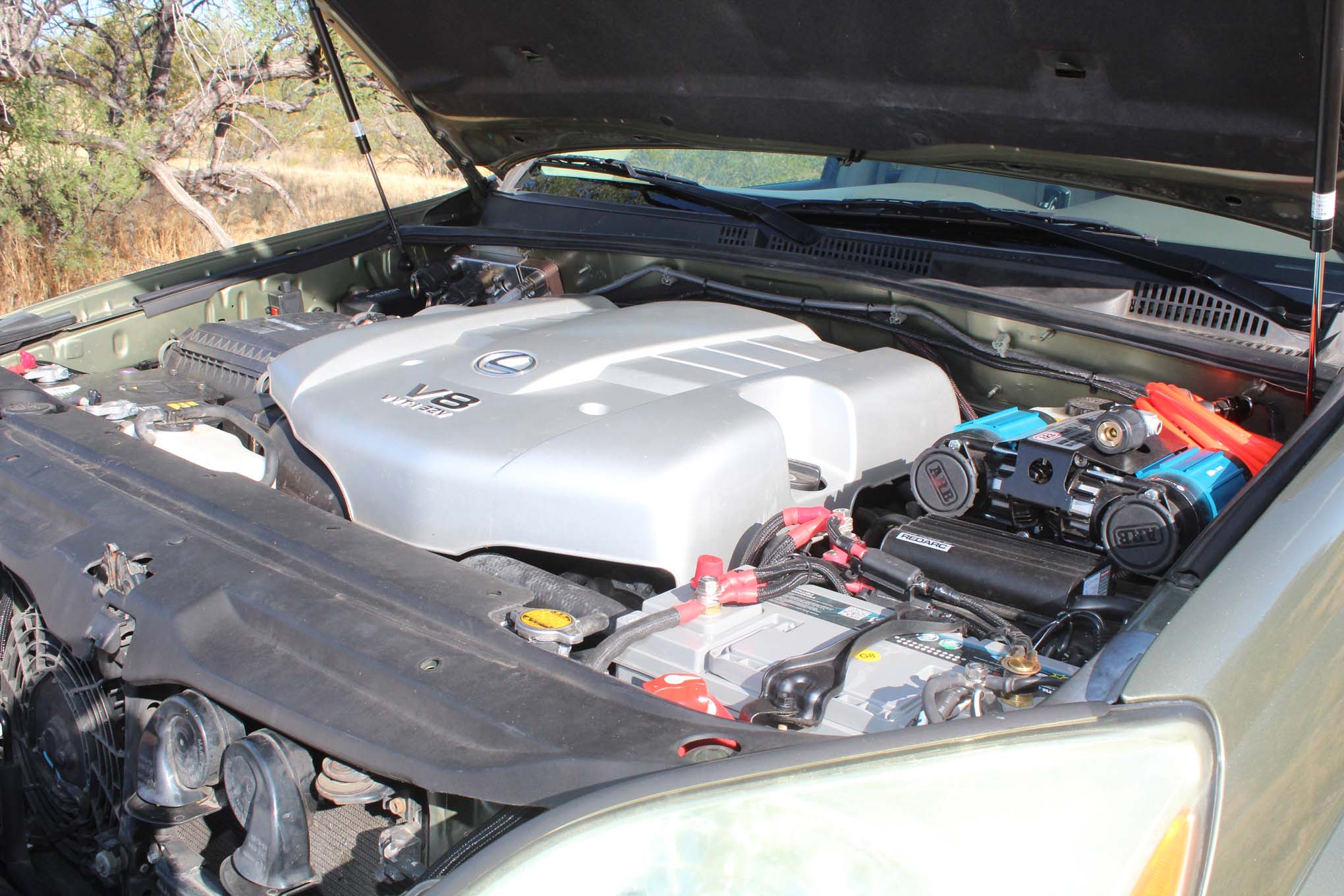 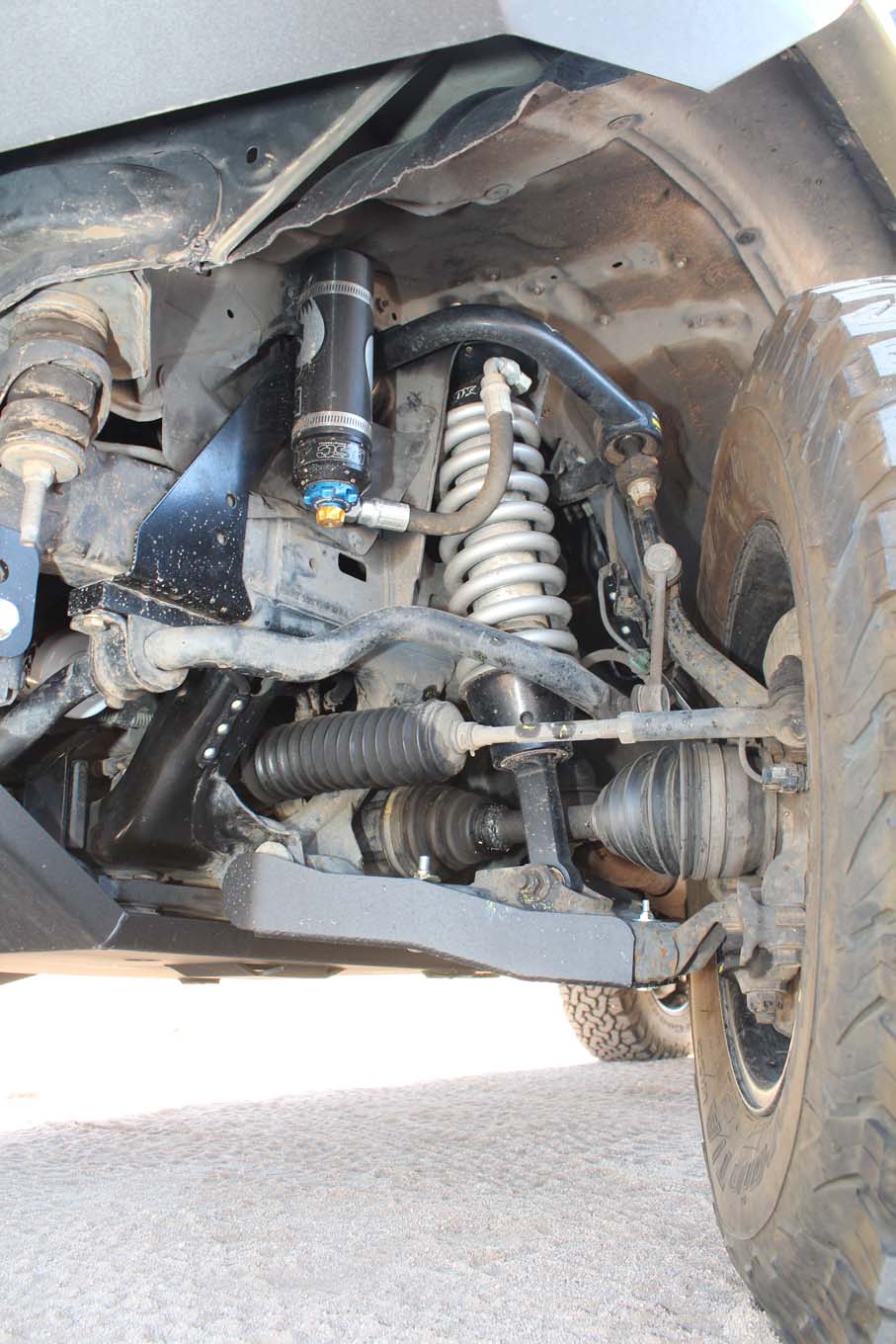 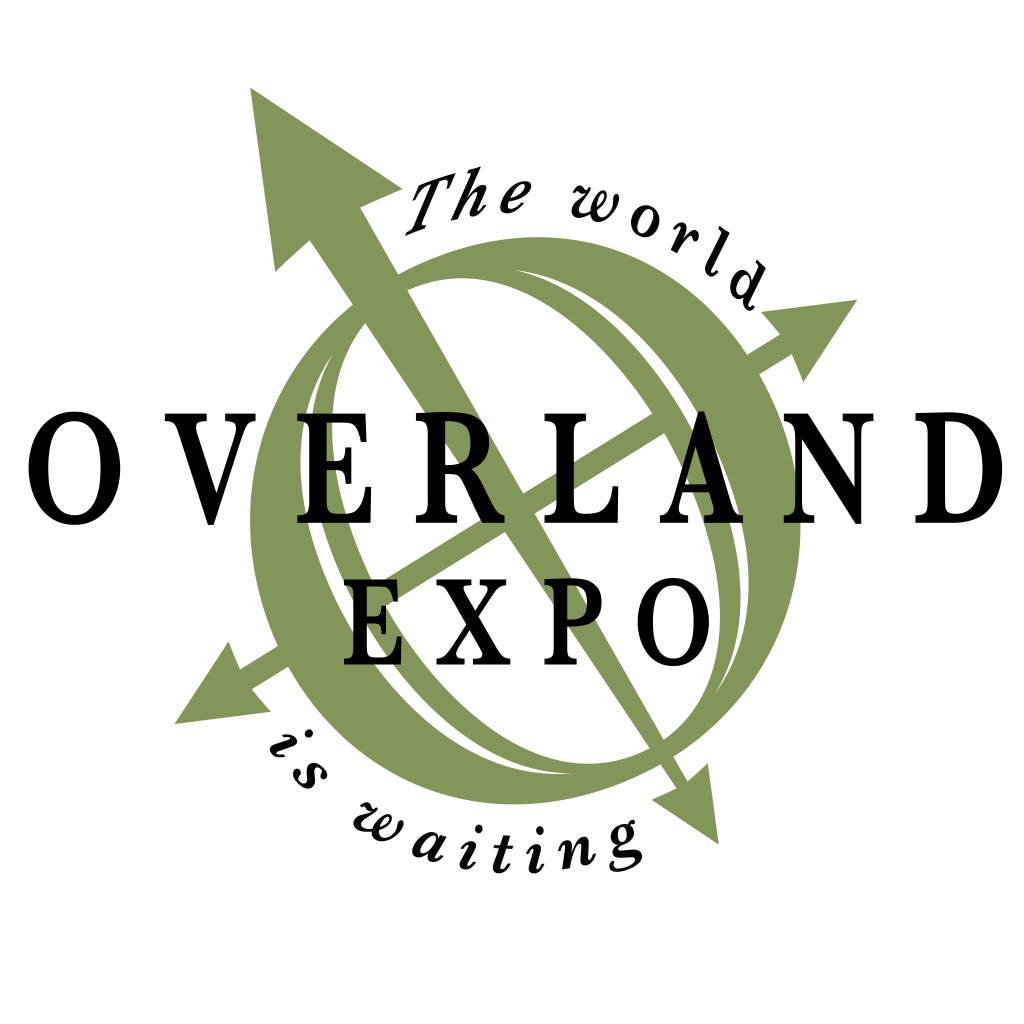 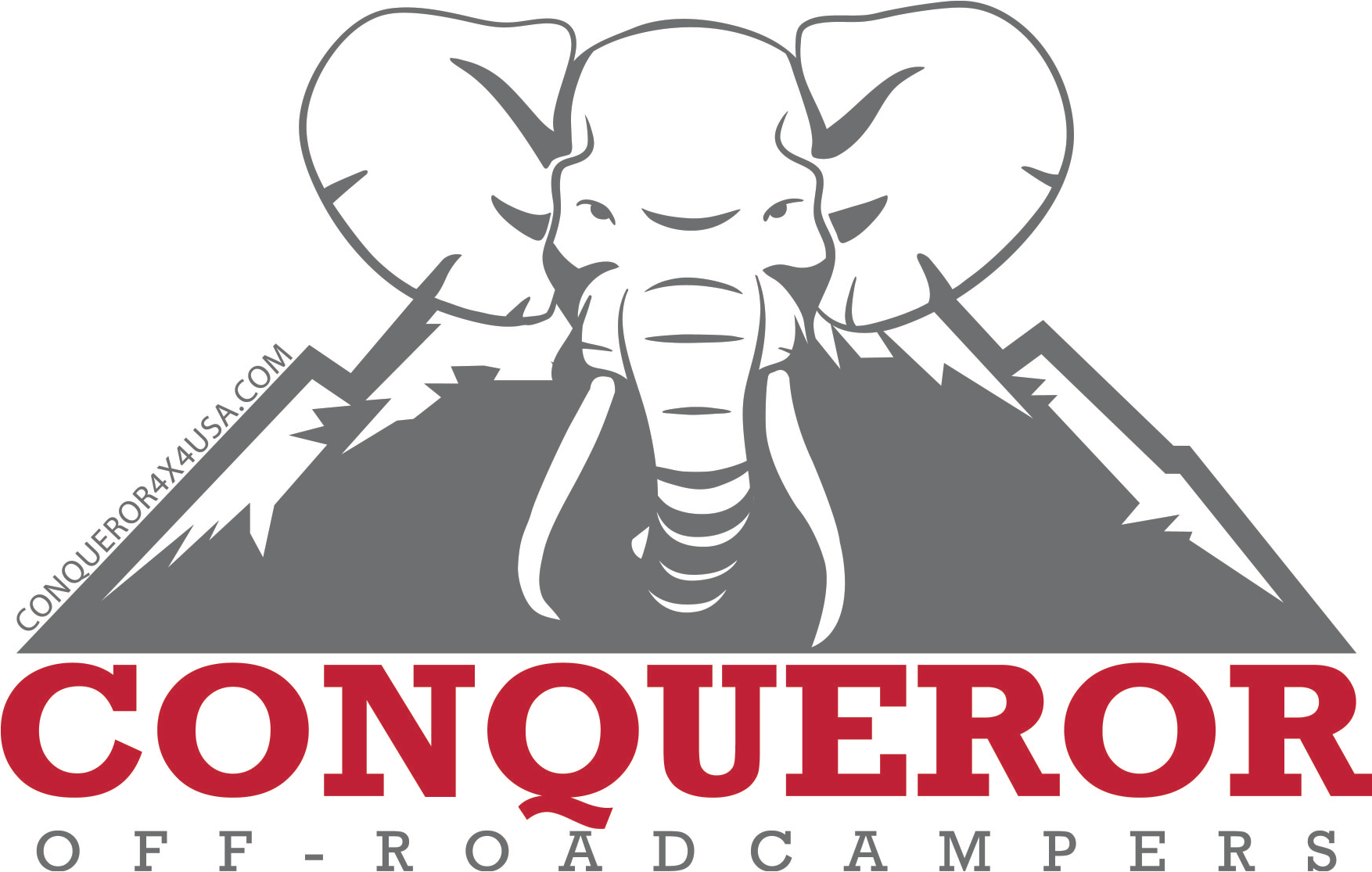 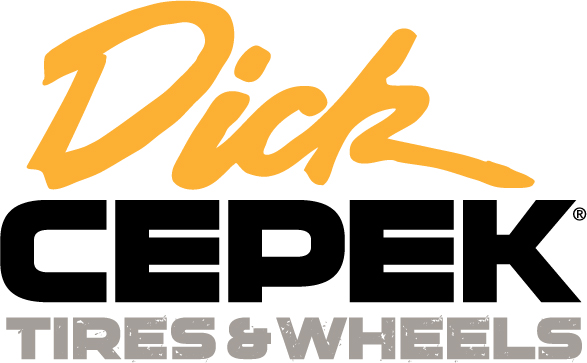 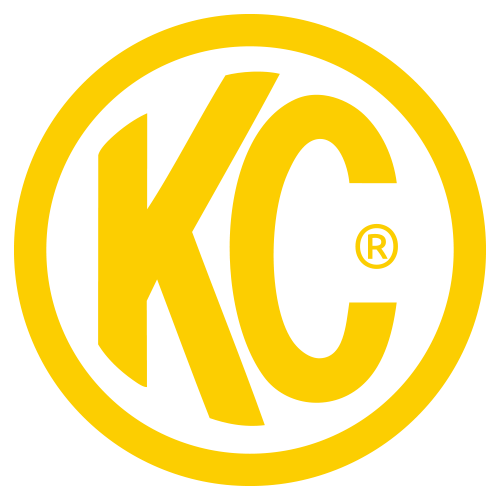 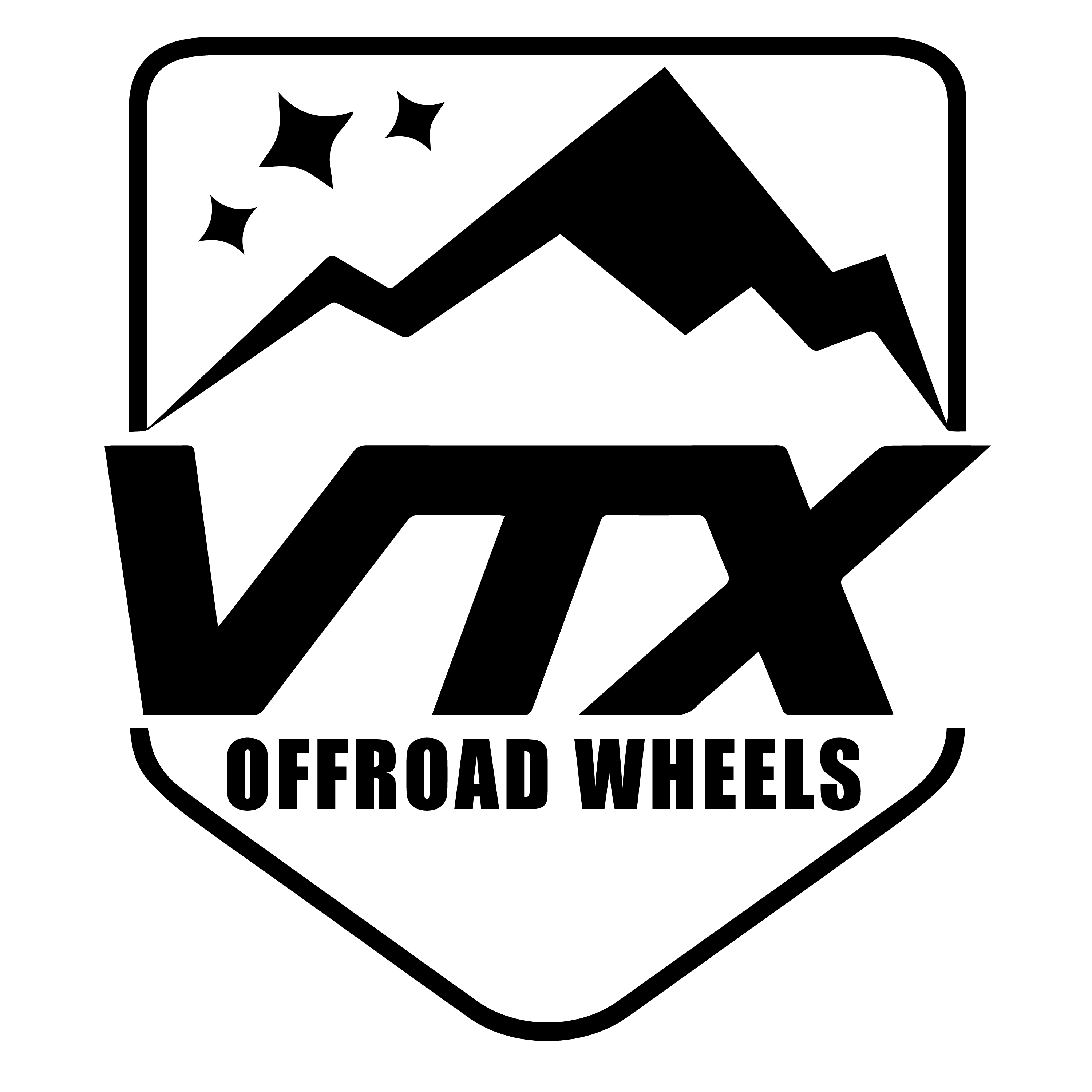